Enforcement of Court rulings in Poland

On 10th of January 2015 the act amending Code of Civil Procedure enters into force. It is a significant amendment- it concerns important issues of recognition and enforceability of settlements and rulings of courts in Poland. According to these new rules, settlements and rulings of courts, issued in the territory of European Union, shall be, in principle, automatically enforceable. And they do not require issuing a writ of execution!

What is more, Council Regulation (EC) No 44/2001 of 22 December 2000 on jurisdiction and the recognition and enforcement of judgments in civil and commercial matters, loses legal validity.

Although both new Regulations- No 1215/2012 and No 606/2013- shall be applied directly, provisions’ both of new regulations require updating in national law. Without these supplements, new provisions cannot be effectively applied.

Similar rules concern enforcement of polish rulings in the territory of EU. Therefore, I do hope that enforcement of these claims will finally become easier. 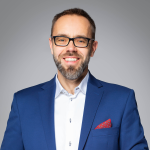